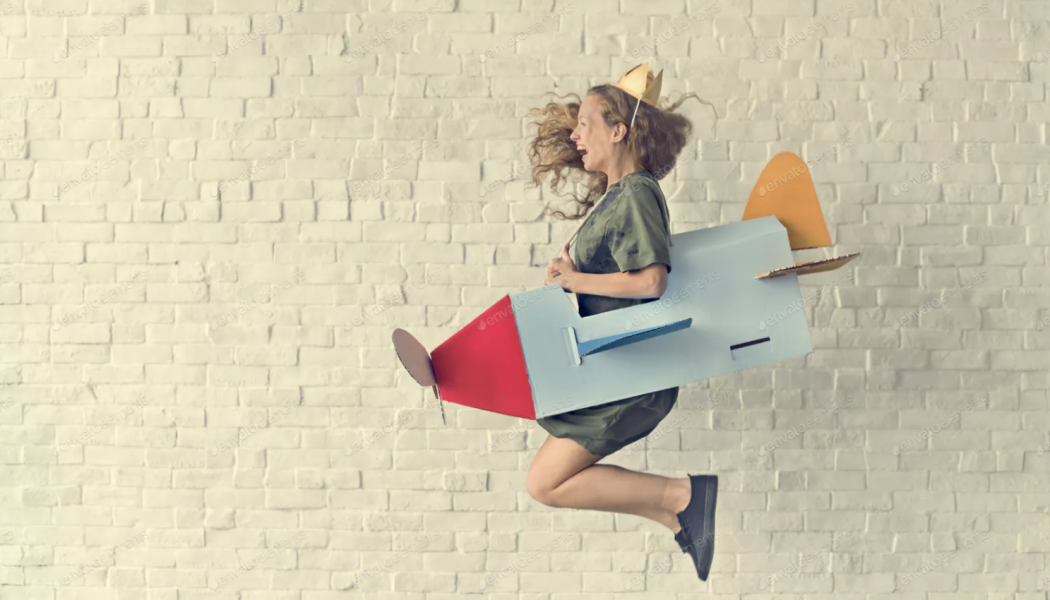 In the emerging Relationship Economy well-facilitated, ongoing customer-supplier interactions have the power to reveal value for both parties, and, In the process, dissolve the instinct for a customer to make choices on the basis of competitive comparisons. In simple terms, customers have traditionally measured value as benefits / costs. In the Relationship Economy, they measure value as relevance / time (“Was this interaction time well spent?)

The following true story about 1930s’ adventurer, the Honourable Mrs Victor Bruce, illustrates the point and, towards the end, we use the story to outline the difference between customer relationships ‘then’ and ‘now’. Hope you enjoy.

In 1930, the Honourable Mrs Victor Bruce was strolling past the 200 yards of suntan pink Doulton’s terracotta and polished plate glass that presents Harrods store to the world when her eye was caught by the sky-blue shape of a Blackburn Bluebird IV light aeroplane in one of the succession of display windows with which the 20-acre, 230-department emporium (telegraphic address EVERYTHING, LONDON) dazzled and dominated Knightsbridge’s Brompton Road. A ticket beside the all-metal fuselage announced that the little open-cockpitted biplane was “Ready to Go Anywhere”. As a matter of fact, so was Mildred Mary Bruce. In the past three years, she had driven her AC motor car single-handed 1,700 miles in 72 hours non-stop through fog and ice to complete the Monte Carlo Rally, had broken the record for a double English Channel crossing in a racing speedboat and had covered 2,164 miles in 24 hours around the precipitous banking of the Montlhèry Autodrome near Paris, alone at the wheel of a heavyweight works-prepared Bentley motor car (dubbed by a rival car maker “the fastest lorry in Europe”).

Now she walked into the store, borrowed an atlas from the Book Department, asked a pillbox-hatted elevator attendant to take her to the fifth floor and ordered afternoon tea in the Grand Restaurant. Here, listening to Harrods’ Royal Red Orchestra and sipping Harrods’ blend of Ceylon and Darjeeling leaf tea, she turned through the Oxford atlas, her finger moving absorbedly from map to map. At length, she descended to the ground floor Motor Department and wrote a £550 cheque to buy the Bluebird. She knew where she was going next, and in what. The only problem was she didn’t know how to fly it. Yet.

Three months later, with just 40 solo flying hours under her belt and a Private Pilot’s ‘A’ licence tucked into her shoulder bag beside her logbook and passport, a compass, a water bottle, a sun helmet, two cotton frocks and an evening dress, she took off from Heston (since grown beyond all recognition into London Heathrow Airport) and flew alone round the world. The circumnavigation she had traced in a teatime at Harrods took her nearly five months to accomplish in the air. Across the English Channel to Belgium, she flew, through Germany and the Balkans to Constantinople, down through Turkey and Syria, along the Euphrates to Baghdad, on to Basra and the Persian Gulf, across India to Rangoon, on above the jungles of Burma and Siam to Bangkok, over the mountains to Hanoi in Viet Nam, across the Gulf of Tonkin to Hong Kong and on above war-torn China to Shanghai. Her flight across the Yellow Sea from Shanghai to Seoul in Korea, behind a Gipsy II engine with less horsepower than a modern mini-car, was the first in history and the longest solo aerial ocean crossing since Lindbergh’s Atlantic flight of 1928. From Seoul, she flew to Tokyo, where, judging herself too inexperienced to attempt the Pacific, she boarded the Empress of Japan for Canada. Taking off from Vancouver, she traversed winter-bound North America to San Francisco, then, in borrowed fur-lined suit and boots, flew east to New York. Here she embarked with the tattered Bluebird for France and, airborne once more from Le Havre, came home over a fogbound English Channel to land at Croydon on February 20th, 1931.

En route across 23 countries, she was abducted by a sheikh in Syria, smashed the Bluebird’s propeller and lost her toolkit when falling oil pressure forced her to crash-land in a quicksand at Hormuz, fitted a spare propeller with the help of a nail file, cleaned her mud-clogged engine with a toothbrush, was hit by a sandstorm and attacked by vultures above the Sind desert, turned over when a wheel collapsed during touchdown at Calcutta, flew blind in unbroken cloud through mountains from Bangkok and recorded a farewell message to her husband “I’m lost above the  clouds. I’ve done the best I can. Goodbye.” before nose-diving into daylight to find a railway track that led her to Hanoi, where she was invested with the Order of the Million Elephants and the White Umbrella. She reached America suffering from dysentery and malaria, crashed at Medford, Oregon on Christmas Eve, took off again on New Year’s Eve, “so tired of flying, flying, flying”, ran out of gasoline over the Potomac and somersaulted the Bluebird while forced-landing outside the Glen Martin aeroplane factory, sat in the freezing mud, bleeding from a head wound, beside the inverted aircraft and wept, collected Al Capone’s autograph on the repaired Bluebird’s tail in Chicago, dropped a flag on her mother’s birthplace in New Albany, Pennsylvania, and had a near-miss with the Chrysler Building threading the skyline of below-zero New York City with ice-laden wings.

A mechanic who had waved her off from Heston in September had told a bystander that the ABDS registration letters on her aircraft’s fuselage stood for “A Bloody Daft Stunt” but it was a stunt she had pulled off.

Now then, back to the customer relationship issue with which we introduced this adventure. Harrods had proved imperturbably helpful from the outset, supplying the Bluebird, arranging flying lessons at the London Flying Club, organizing the installation of extra fuel tankage and a radio transmitter which would send automatic distress signals if the plane ditched and providing the Dictaphone Mrs Bruce preferred to carry, at the sacrifice of a parachute, to record what she called her ‘tour’.

The point is, the up-selling and cross-selling was all linked to the attainment of a defined, valued outcome – all of it dedicated to the successful attainment of Mildred Mary Bruce’s round-the-world adventure. In this respect, it was a very up-to-the-minute set of interactions: all the products and services subservient to a valued outcome in the life of the customer.

In the 20th century the majority of businesses couldn’t work this way because success (profitable, sustainable longevity) depended upon volume sales, and quantity rarely coincided with quality. Rather, customers could have one but not both. Which, in turn, meant that outcome-based selling, which is dependent upon some depth of relationship with a customer, was rare and usually only available for premium goods and services. Now, however, helped by digital technologies, most quality problems have been solved, so quantity and quality can happily co-exist. Consequently, customers interconnected and empowered by digital technologies more and more demand valued outcomes in their lives rather than products and services per se.

It all means that the relationship is back in vogue, but this time on a much broader basis. This time, too, the relationship channel can be quite disconnected from the transaction channel. New technologies enable interactions that are not focused exclusively upon ‘What can we sell you?’ but rather upon ‘Where do we go from here?’ And, if you think about it, less-pressured, friendlier ‘Where do we go from here?’ questions and resulting conversations will naturally uncover emerging value needs. It’s more natural and fruitful for both customers and suppliers than the old pressure selling of the industrial age – far more likely, you might say, to earn you the Order of the Million Elephants and the White Umbrella.

Valuegenie is the answer to the perennial challenge for businesses – how to attract and retain customers. For more about all aspects of Customer Value and the Relationship Economy contact:

David Pinder
I'm a Value Proposition and value creation expert, co-author of "Creating & Delivering Your Value Proposition", Associate Editor at Journal of Creating Value, and member of the Board of Directors at Customer Value Creation International.